The police have arrested Seyitan Babatayo, who accused singer, Dapo Oyebanjo aka D’banj, of raping her at Glee hotel in Victoria Island, Lagos, in 2018.

Seyitan’s lawyer, Ojoge, Omileye, confirmed her arrest in an interview with Premium Times on Tuesday, June 16th, in Lagos.

“They arrested Seyitan this morning in Lagos. They arrested our client but somebody is already there to facilitate her release on bail,” her lawyers revealed.

“This matter is coming to Abuja by tomorrow; we are petitioning. The Financial Crimes Investigation Division (FCID) is taking up the petition tomorrow. That is all I can say about it for now,” they said.

Journalist, Kiki Mordi has now revealed that as of today, Seyitan is still detained in Sodipo police station, Ikeja, Lagos and hasn’t been granted access to friends, family or a lawyer.

Meanwhile, Dbanj, through his lawyers, Mike Ozekhome Chambers, has asked Seyitan yo to pay N100 million as compensation for falsely accusing him of rape.

In a letter signed by his lawyer, Mike Ozekhome, and addressed to Seyitan’s lawyers, the singer demanded that his accuser pays the sum within 48 hours or risk legal action.

In the same letter dated June 15, the singer also demanded that a letter of apology and retraction of her statements be written by his accuser and published in four national dailies.

Seyitan accused D’Banj a couple of weeks before this article of sexual assault.
Yesterday at about noon, Seyitan was and is still detained in Sodipo Ikeja and hasn’t been granted access to friends, family or a lawyer lawyers. https://twitter.com/kikimordi/status/1269876789205180417 … 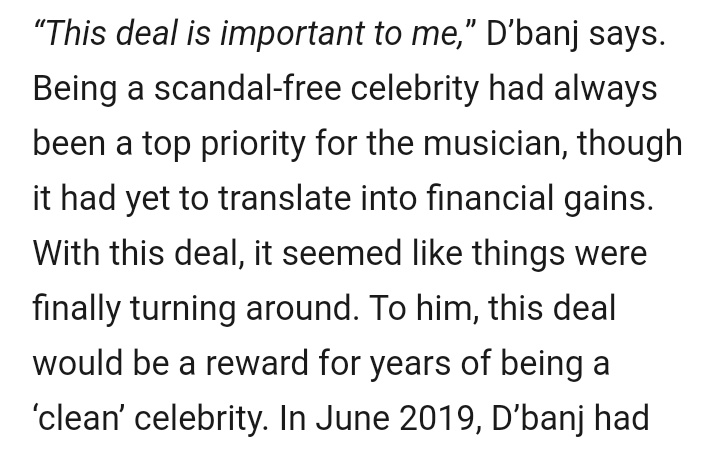 1,741 people are talking about this